These next few years were incredibly creative ones for the Kinks who were by now a five-piece band.* Ray was on somewhat of a roll with his songwriting and the whole band got behind his ideas. (Dave had a hit in 1967 with a song called “Death of a Clown.” It was released as his solo record but also wound up on a Kinks album.)

While the band remained popular in the UK with terrific songs like “Dead End Street,” and the glorious “Waterloo Sunset,” their records began to slip off the charts in the US. This may well have been due as much to changing tastes as the American ban. (Note: several bloggers advised me of the existence of a Bowie version of ‘Sunset.’ Too bad there isn’t a Davies/Bowie live recording. Or is there?)

Since 1967, American popular tastes had grown more “psychedelic” (if you will) and that audience craved harder-edged blues-based bands like The Jimi Hendrix Experience and Cream. And the Kinks, while still a great rock act, began releasing songs (and albums) that were completely individual and very British.

And this, I think, is why many of us here in the US who loved them, loved them. Their music not only rocked but was melodic and thoughtful. Idiosyncratic, eccentric even. And since many of us are Anglophiles (see: Downton Abbey), we are endlessly fascinated with these peeks into British society, whether real or fanciful. The Kinks are the only band that makes me think of fish and chips, steak and kidney pie and mushy peas. (Not all with equal fondness, mind you.) 😀

The culmination of this may well be their 1968 album, The Kinks Are the Village Green Preservation Society. (It was this album that caused the American rock press to start treating the band almost as some new entity, hence, cult “insider” status.) This record is now so well-regarded there is a book and even a 21-page e-book essay (which I read) about it. (My own favorite album is Arthur. I like Village but it’s a bit too pastoral for my tastes. Arthur rocks harder. Dave and Mick agree. “I always liked Arthur better,” says Dave. “It made me feel we were being recharged again.”)

“[Village Green] was a culmination of all those years of being banned from America,” Ray advises. “I wanted to do something English.” The album fit in well with the “return to our roots” music that The Band would later so loudly trumpet. However, the Kinks, now seemingly sliding into irrelevancy managed to sell a measly 100,000 copies worldwide initially.

This is one of my favorites from Village Green, “Picture Book.” (Ray seems to have a thing about photography. There’s also a song called “People Take Pictures of Each Other” on the same album):

The band had by now pretty much stopped touring, limiting their activities to the studio. In fact, between December 1967 and April 1968 this band that used to tour the world relentlessly played exactly four gigs. And while creatively and critically they were on fire, their records were not selling as well as they used to, not only in the US but also in the UK.

One wonders at this point what kept them going other than the fact that I don’t believe any of them had a “fallback job.” They were releasing singles but had really become an album band, not only due to the singles not selling but due to Ray’s increasing predilection for concept albums. (In reading about the Kinks, I can’t help but notice their self-sabotaging behavior, often managing to do exactly the wrong thing at the wrong time.)

Ray traveled to the States in 1969 to negotiate an end to the American ban. (Why he or Kinks management waited so long is beyond me.) Once the ban was lifted, they made plans to tour the US in late ’69. To what audience, one wonders, since their initial fans had largely moved on.

But before going on tour, they recorded Arthur (or the Decline and Fall of the British Empire.) I’ve written about it here but just to add one thing. In a special edition of Uncut dedicated to the Kinks, a current (one assumes British) reviewer is positively apoplectic that the Kinks could so deride British society. Well, dude, I’d say that A) you lost focus on this because your feelings were hurt and B) Ray was asked to call it that. Go blame Granada TV.

The band’s late 1969 tour of the States did not go especially well. Audiences did not materialize as hoped and some shows were actually canceled. And America presented a very different landscape than the one the band had encountered in 1965. Audiences no longer screamed and cried on seeing the bands. Their hair was longer and they sat in larger venues like the Fillmores, stoned and beatific.

The Kinks needed a hit if they were to continue. And in late 1970, they got one when the song “Lola” was released. Now if you think Lou Reed was ahead of the risqué curve with “Walk on the Wild Side,” guess again. “Lola” concerns itself with Ray’s nightclub encounter with a transvestite. (Avory talks about meeting transvestites in clubs at some length. Dave seems to have been, shall we say, somewhat fluid in his gender identity, often wearing makeup off-stage.)

And so much of the world was singing these lyrics:

Is the narrator glad he’s a man? Or is Lola also a man? Here’s a side note, which may seem unbelievable in this day and age. When the Kinks recorded this song, they used the trademark name Coca-Cola. The BBC would not allow product placement. So Ray – on tour in the US – had to fly to England, record the words “cherry cola.” (for the single version) and fly back to the US. That’s right. Today he’d do what? Record it on his laptop and email it to his producer?

The Kinks were now somewhat back on track. The money they received from the success of the Lola album (a disc about the greed of the music industry) allowed them to fund a recording studio of their own. Named Konk Studios, despite Ray almost sellng it off a few years back, it is still active and has an impressive list of clients.

Their next two albums were Muswell Hillbillies, about which fellow blogger and Kink Konnoisseur Cincinnati Babyhead has done a fine write-up, and Everybody’s in Show-Biz. Muswell Hillbillies was, of course, a tribute to their beloved home, their Village Green. (Ray still lives somewhere in this not-so-pastoral neighborhood to this very day.) 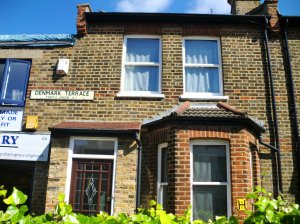 It was a toss-up for me as to whether to go with “20th Century Man” or the goofy “Alcohol” from Hillbillies. “20th Century” gives a good insight into a guy who is really, I think, a 19th Century bloke:

Show-Biz was part studio, part live at Carnegie Hall. I actually attended a Kinks show around this time in New York. It might well have been one of these. I honestly don’t know. Not for the first time I wish I had kept all my ticket stubs. I do recall Ray sang “Alcohol” and if he wasn’t actually drunk, he sure as hell was a good actor.

From Show-biz comes the song “Celluloid Heroes.” It’s one of Ray’s most celebrated and poignant numbers.

You can see all the stars as you walk down Hollywood Boulevard
Some that you recognize, some that you’ve hardly even heard of
People who worked and suffered and struggled for fame
Some who succeeded and some who suffered in vain

Around this time, Dave started getting more and more consumed by his hard-partying drinking and drugging lifestyle. “I never really liked performing in front of people,” he says. He was “too zapped out, man. It can be a pretty miserable life being a writer or a musician. There was very little happening musically and a gray, dark energy around.”

In 1972, it all came crashing in on Dave. His years of travel, partying, substance abuse, stress, and general chaos all caught up with him. “I was confused, dysfunctional, hypersensitive, and drinking.” He became paranoid and started hearing voices. “Down and down I was dragged, further into a mental and emotional mire.”

In his shitty NYC hotel room, the voices said, “Jump, go on. There is no other way. You can never go back to the way you were.” By some miracle, a friend of his showed up, a woman who was not only a nurse but recently trained in a psychiatric wing of a hospital. She talked Dave down off his psychic ledge. He gave up hallucinogens and started working on getting his health back together.

Next (and final) post – The Kinks get more theatrical, start to fade, get reinvigorated as an arena rock band. And against all odds, achieve their greatest success.

*Weary of the band conflict, Pete Quaife quit in 1969. (Quaife’s brother says he was “bullied” and even beaten up once by Dave. The descriptions of him at this time make it almost sound like he’s suffering from post-traumatic stress disorder.)  The band found out when an article showed up in New Musical Express. John Dalton then joined them and they added keyboardist John Gosling in 1970.